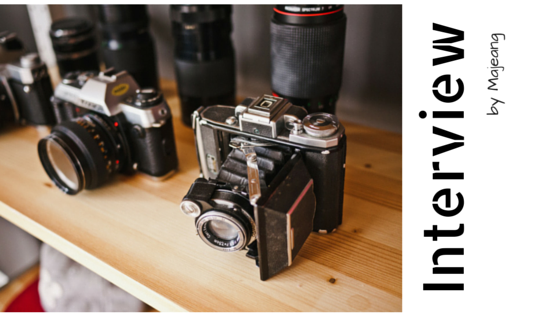 Hugo Martins is a soft spoken 20 something year old, who looks so unassuming that if I told you he was a dynamite, passionate, knowledgeable Portuguese rapper you’d think I had grown 4 heads. They do say never judge a book by it’s cover ;). I was especially intrigued by his tattoo which is, you guessed it, a calculator. He goes by the name Calculo and recently released a music video, which is linked below.

I decided to sit down in the park to talk to him about his music, his passion and his life really. Here we go….

How did you get started in the rap scene?
I started to be involved in the rap scene, first as a listener when I was 14, my cousin gave me a cassette and I was fascinated by the sound, later at 15, I started to do my first beats and my first rhymes, so until today after all this years music is like my therapist, my doctor.

I’ve heard rap be described as poetry with music, is that true for you? How so?
Rap is part of the hip hop culture, actually means “rhythm and poetry”, so yeah we can consider that is poetry and music together, but rap is not just someone talking over an instrumental, there are so many components like the flow, the way you get on the beat in a way that the beat and rap sound like one, so I consider that rap is more than words rhyming over a beat, you can feel the pain, the love, the feeling, and the more you understand the more you can tell the difference between a bad rapper and a good one.

How do you feel about modern rap vs old school rap?
I identify more with the 90s and early 2000s. There are few good artists now, and some of them are really talented. Most of the mainstream Rap nowadays, seems plastic, you don’t feel the flow the “Hip to the Hop” that makes your head bang! Nowadays seems more robotic and artificial, but that’s just my opinion, I’m a funky beats junkie  Like hip hop hip pity hop. But there’s a lot there to see, Hip Hop is huge. For me the 90s was the golden era of rap.

When I listened to your music I found it touching and soothing in some ways. What do you think is the reason for that, since it’s all in Portuguese which I don’t speak?
That’s great to hear! And thanks, the reason for that is because I believe we can feel the realness of the music, even in a different language, and that proves that music is a universal language, and that’s the beauty of all.

Who or what influences your music?
Everything, even the most little detail can inspire me for a beat or for a verse. People, experiences, movies, moments, paintings, art, even just the summer breeze, its all inspiration.

What are your dreams for your music career?
My goal is to reach the people, I write about feelings, about different moments, different states of mind, I dream about living doing what I love, not because the fame is my ambition, just because music is part of me, is a necessity something that I just need to do is the thing I do best, so if I can live selling records and doing gigs, I will be the richest man in the world.

You have a new music video out, what’s the concept? And how involved are you in the process?
My new video is part of my newest single “ A Zul”, basically is my reborn as a new man, the concept of the video really represents what the music is about, I am entering a dark tunnel that represents my fears, my struggle, ‘I am walking blind in a dark room with no floor’, but always searching the light and that is the anagram behind the all concept: “Azul” means blue, and ” luz” means light, so I’ve split the word in two and gave that name to the album ” A Zul” if we read the last word backwards, ” A Luz” (the Light).
The genius behind the video is the Director Sofiane Atamna Along with Pav Guliani (Cinematographer), and whit the help of some of my friends we made it all happen, I am very happy for all my friends that helped me with the video.

What does your family think about your music career and aspirations?
They support me, they’re my first fans. In the beginning it was a bit strange. In Portugal now we’re in the second generation of rap and I am part of that. Imagine of I went to America in the 60s; it would be strange.
What makes your heart sing?
My mom, my family. Music itself, good sound and melody because I produce.

If you want to hear more from Calculo, you can purchase his music here

A 30-plus Trini girl living in London blogging about her favourite things: lifestyle, travel and fashion.