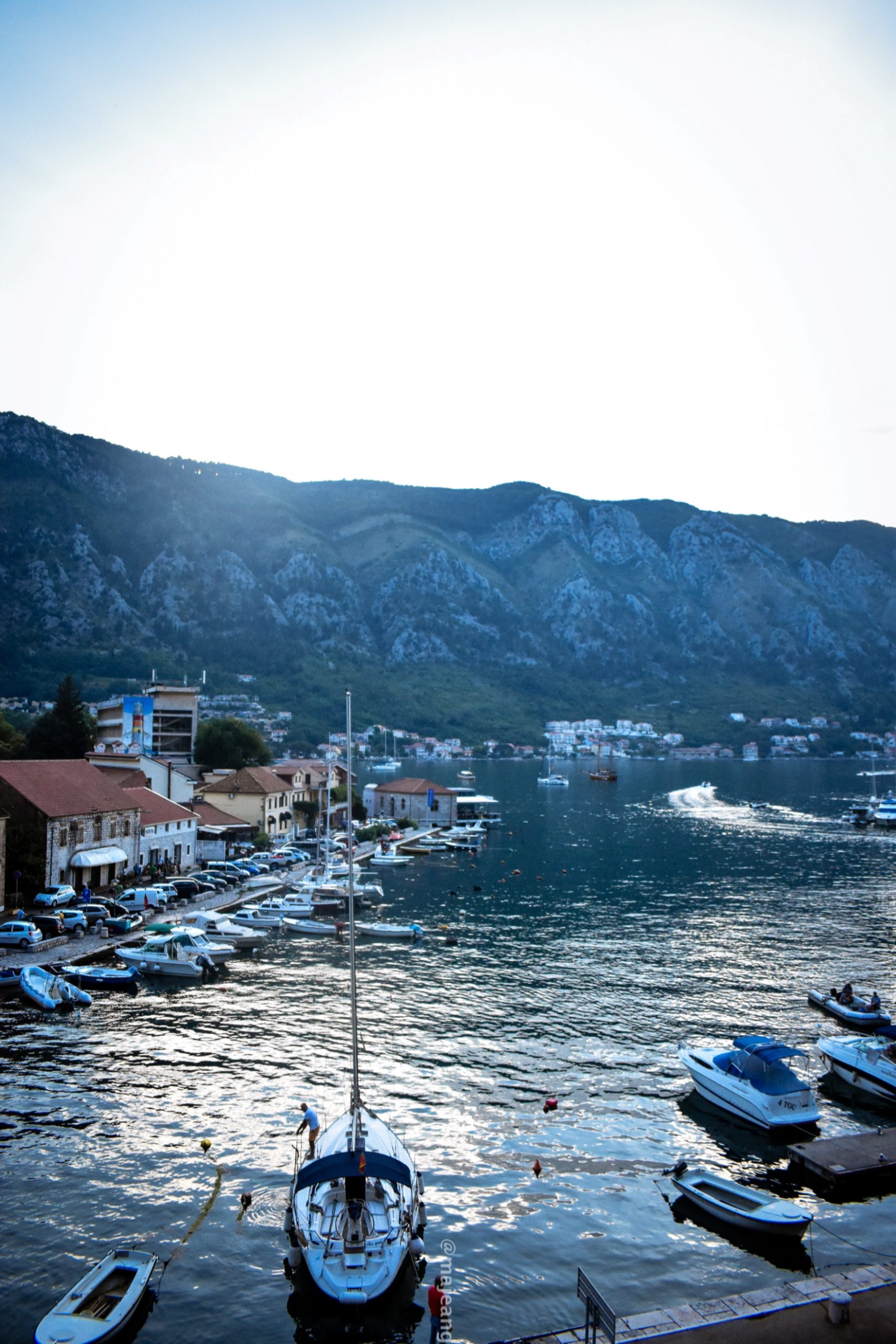 Montenegro hadn’t been a country that I’d really thought about or knew a lot about before. I knew it bordered Serbia and Croatia but that was pretty much it. Needless, to say I was blown away by my travels there. Read on to find out how Montenegro surprised me.

How Montenegro Surprised Me

Montenegro is a country that’s rich with history and it seems as though a lot of people wanted a piece of the. Parts were once ruled by Venice, which explains the Venetian feel you get without the price tag.

At another stage part of it was considered Yugoslavia until it became independent in 2006. Montenegro is a beautiful country which balances a rugged mountainous terrain and a beautiful coast.

We stayed on the coast of Tivat which is Southwest of the country and I have to say, it was awesome. In that location we were able to easily explore the nearby coastal town of Kotor, by land and sea. Sunsets here reminded me of the Amalfi Coast.

One afternoon we took a speedboat tour around Kotor and weren’t disappointed.

Our Lady of the Rocks

This is a man made island that was built over centuries. The fishermen, after a successful voyage would lay a rock upon their return in honour of the Virgin Mary. After many years the island was built and a church was erected called, Church of Our Lady of the Rocks.

During WWII a submarine pen or bunker was built to protect submarines from attack. Montenegro has one which we got to visit on this whistle stop boat tour

The Captain explained that this is where they would store supplies for the submarines. There’s also a dip in the sea level which made it easier for submarines.

Reason number 493482340 how Montenegro surprised me is with their Blue Cave. You literally drive your boat into a cave, where the water changes to what I can describe as, aquamarine blue and swim in it. It reminds me of the Nylon Pool in Tobago where the water looks like that of pool.

There’s sufficient light in the blue cave for you to see but, dark enough that the water looks like it’s glowing.

Montenegro surprised me by the affordability. Taxis from Tivat to Kotor were around 15 euros. Seafood dishes ranged from 15 to 25 euros and yes they were delicious! We had dinner at a restaurant that didn’t take card and managed to have a meal each, plus a cocktail for about 24 euros. I was pretty impressed with that. Also, they aren’t part of the EU despite using euros so bear this in mind when it comes to mobile roaming charges. In terms of the language barrier, some speak a little English so be patient. If you have an ear for languages then learning a few phrases will help you! Finally, the people are incredibly friendly, some because they want you to spend money at their establishment. Mostly, they were welcoming and easy to navigate whether it’s 2 girls travelling or its a solo trip.

I highly recommend visiting Montenegro if you can. There are always niggles to every country you visit, including your own. Once you see past that and the beauty, you might be telling me how Montenegro surprised you too! Would you visit Montenegro? Let me know in the comments.

As always, thank you for reading and until next time, be well! x