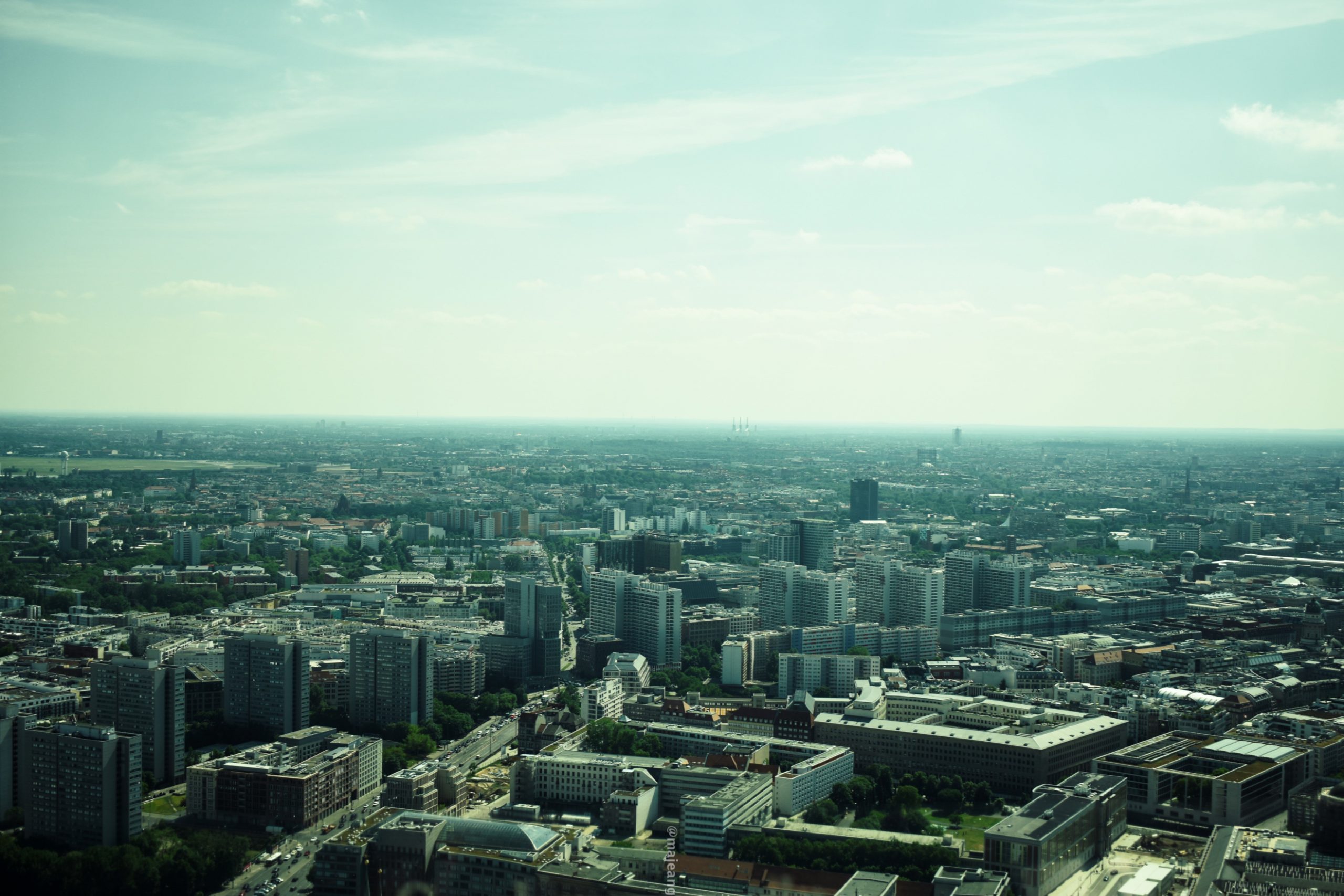 So I went to Berlin for 48 hours, hence the title. I haven’t been to many parts of Germany and to be honest I always hesitated to travel there on my own. But, I always wanted to visit Berlin and an opportunity came. Plus BA airmiles came in handy and voila! You might think that you can’t get much done but actually you can! So here’s what I did in Berlin for 48 hours.

What I did in Berlin for 48 hours

I landed and got straight on a bus to meet my friend in Charlottenburg. Not smack in the middle of Berlin but this area gave me laid back with a touch of boho chic vibes. I mean there were cafes everywhere. After some food, which was delicious and catch up time we headed out. First stop was to the Berlin TV Tower.

The tower was built in the late 60’s by the German government and is around 200 metres tall. So if you want to see a 360 degree view of Berlin, this is the place to go.

There are viewing platforms and a revolving restaurant. It’s pretty cool because you don’t feel the movement. Or at least I didn’t! As we had recently eaten and wanted to save the pennies, we had dessert in the restaurant. It was absolutely delicious and I would recommend the apple cake, which comes with ice cream. You can book a ticket to view and eat at the restaurant here.

The gate was built in the 18th century and became a symbol of divisiveness. That was then because now, the gate represents peace and unity in Europe. It’s also pretty impressive at golden hour.

Memorial for the Sinti and Roma in Berlin

Not too far from the Brandenburg Gate is a memorial in honour of those who perished in the Romani genocide. I hadn’t heard of this before and apart from being apalled, was grateful that there’s a memorial for these people.

It’s important to remember so we don’t repeat the atrocities of the past.

What I did in Berlin for 48 hours is coming to an end but, before we left we needed to see the wall.

The Berlin Wall/East Side Gallery

What was once used as a way to keep people separated, has now become a platform to express artistic expression.

It was surprising to see that the wall wasn’t that big in height. I imagine that there was barbed wire and guards with guns.

Berlin was more than I expected in a good way. It’s a vibrant, beautiful and rich city that is aware of its past but looks towards the future with hope. I can’t wait to visit again for longer.

That’s what I did in Berlin for 48 hours, have you been? What would you like to see in Berlin? Leave me a comment and let me know.

Thanks for reading and don’t forget to subscribe to the weekly newsletter.

Until next time, be well! x