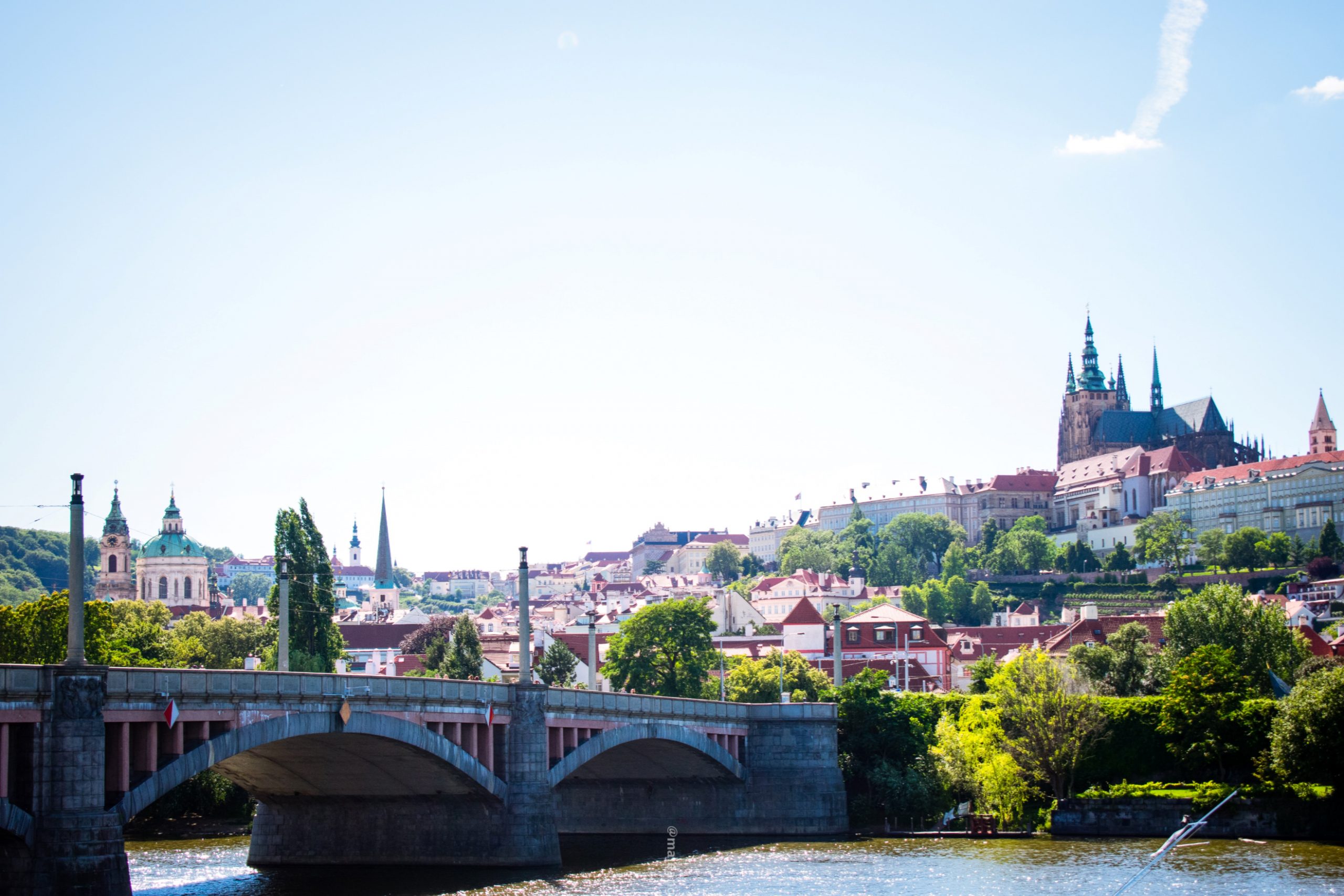 Prague is one of those cities that has been kind of on my radar but I hadn’t really done anything about it. Then due to some overtime at the 9-5, I had a week off and thought let’s check out Prague. Fortunately for me, I was invited on a press trip to, you guessed it. Prague! These things very rarely happen to me but thank you God! Although it was only 48 hours, I saw quite a bit of Prague so here’s what to do in Prague.

What to do in Prague

There’s so much beautiful architecture and if the buildings could speak they would have an interesting story to tell. If you couldn’t tell, Prague has a very rich and complex history. There’s a bridge, a castle, gargoyles and great tasting food. What more do you need?

I was blown away at how much history there is and the opulence of some of the buildings. Regular shops and restaurants are housed in such beautiful historical buildings that the contrast is unreal at times.

Who knew food was pretty good in Prague!? Some of it is fairly hearty, think schnitzel and dumplings. However, they’ve also got incredible desserts.

I tried something called Lázeňský oplatek – Spa Waffer which is a traditional wafer that’s filled with hazelnut or chocolate. It’s served hot so the filling can melt on the inside. At first it tastes of nothing and then the filling filters down. If I had the opportunity to try this again, I would have it with ice cream!

Another delicious dessert which isn’t originally from Prague is called, the chimney pastry. The outside is shaped like a chimney, as the name suggests, and then filled with all things sweet and delicious.

Side note, Prague also makes it’s own beer called Pilsner which is cheap!

If you were to drive a couple hours West outside of Prague to Karlovy Vary you will find the most amazing spa town. The town itself is surrounded by majestic mountains and it’s absolutely beautiful! Every year Karlovy Vary has it’s own international film festival and attracts a number of visitors. One of their luxury hotels, Grandhotel Pupp was the main feature in a movie called, The Holiday! It is also home to the Moser Glassworks where you can take a tour to see how they make crystal glasses and vases. I highly recommend you give this a try because there are very few places that make glass the old fashioned way.

The town itself is fairly large and there are about twenty natural springs each of which has it’s own temperature. The main one we stumbled across was about 70 degrees celsius, whilst each one had a different temperature.

Things to also note is that they use Czech Crowns as their currency but quite a few places accept Euros. Most people speak and understand english so if you were thinking of doing a solo trip for the first time, check out Prague.

Those are my suggestions of things to do in Prague which I thoroughly enjoyed. I would love to return and explore some more next year or, maybe during the winter. It reminds me a lot of Rome and Paris but with it’s own individual flair.

Have you been to Prague before? Let me know what your experience was like in the comments below.

Thank you for reading and commenting. Remember to subscribe for more travel posts on a Thursday.