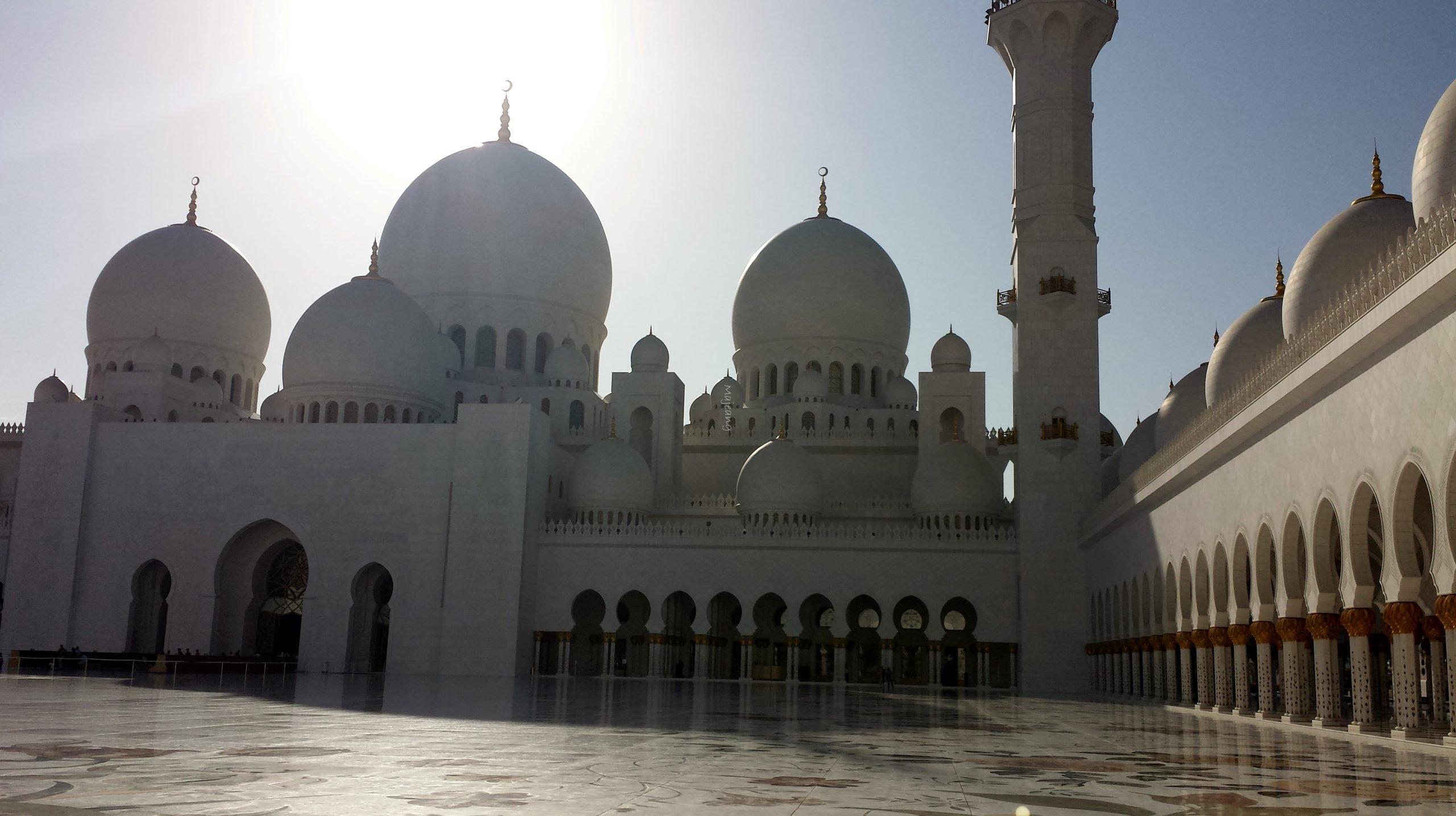 Good morning you beautiful person reading this. Yes you! How are you? I am currently sitting in an Italian restaurant in Sri Lanka writing this post, I know so random, but I will fill you in about that later on. However, today’s post is about my visit to the Grand Mosque in the UAE. I was told by my lovely cousin that I needed to see the mosque. What she failed to mention,was that it was huuuuuuge and it was beautiful! Sheikh Zayed Grand Mosque is one of the largest mosques in the world based in Abu Dhabi and was the dream baby of the late Sheikh, who from all accounts was a visionary and an optimist. With all the conflict occurring in the world surrounding Islam, it is nice to separate fact from fiction and make up one’s own mind.

As with most religious venues we needed to be dressed appropriately and wore traditional wear. Long dresses and head scarves are a must! I didn’t know how to do my head scarf properly, so the lady in the loos tied it for me.

Walking around you can tell that the Sheikh was fond of flowers as they were everywhere! The detailing on them was simply breathtaking! I could not fault anything in this place.

The chandeliers weigh tonnes, with the largest weighing up to 12 tonnes! Oh and did I mention that they all have crystals in them? No well they do.

They also didn’t skimp on the flooring because it’s made out of marble, a blogger’s dream.

You know the saying, dream big or go home? Well this is testament that the man behind this certainly dreamt big and so can you!

What do you think about the grand mosque? Will you ever visit one? What big dreams do you have? Let me know in the comments below.

Until next time, thanks for reading and commenting. Have a fab day!

No images found!
Try some other hashtag or username