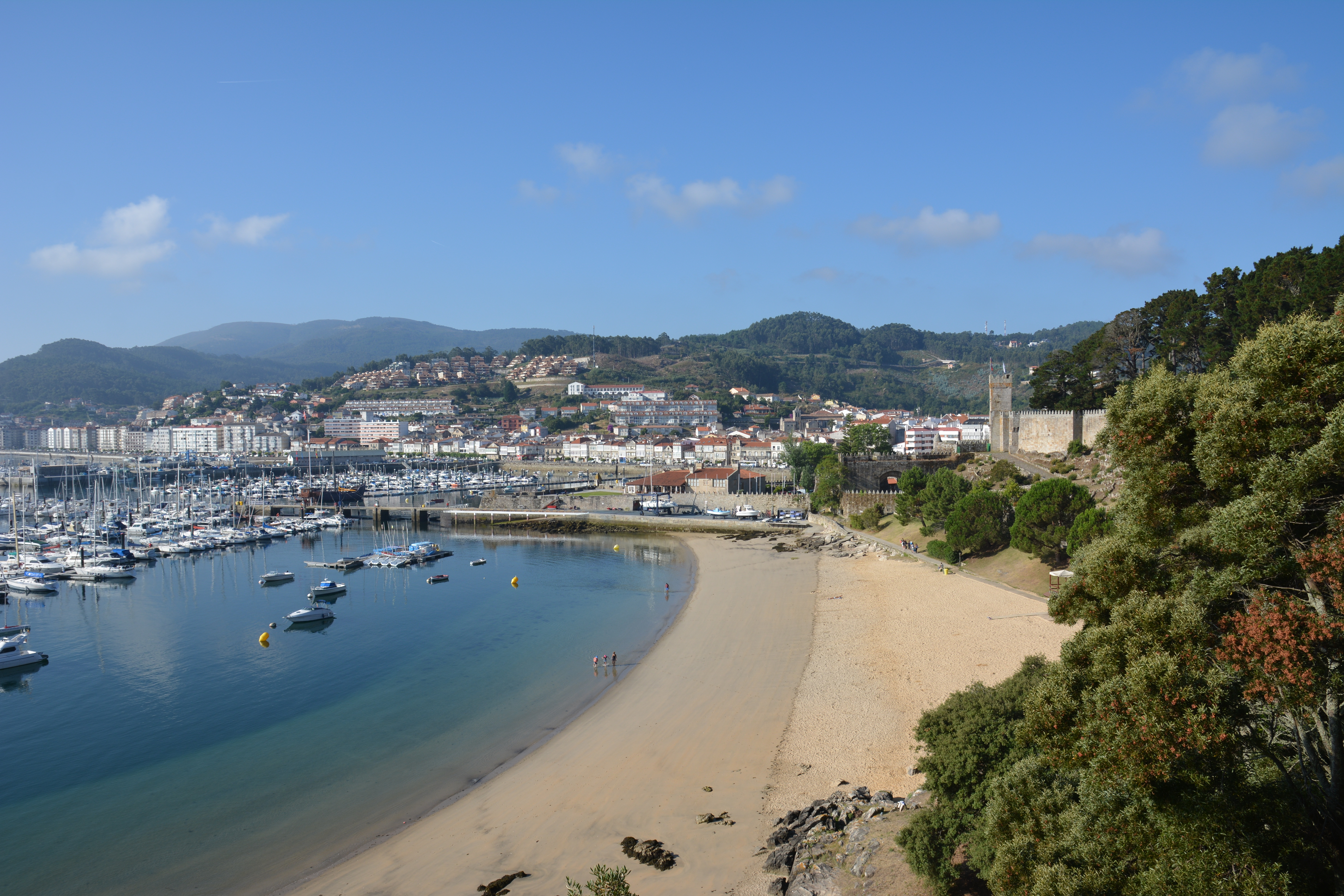 Today I would like to introduce to an amazing couple. Meet Terysa, a former Australian paramedic and Nick, a dentist. Now you’d think that by looking at them there’s nothing amazing, I mean they’re pretty hot but that’s about it right? Umm no! They’re currently sailing around the world! By the time you read this they would have set sail for Morocco or already be in Morocco. I asked Terysa if she would mind sharing with the masses what propelled her and Nick to do what they’re currently doing….enjoy!

What made you decide to sail around the world?

It was a decision we made fairly organically. When I first met Nick, one of the first things I learned about him was that he was passionate about sailing- but he’d never sailed further than Calais! His dream was to sail around Europe for a year, and when he asked if I’d be interested, I said, ‘Absolutely!’ Never mind that I had never set foot on a boat before, but it sounded like a cool thing to do. Over the years, as I became more comfortable and confident on a sailing boat, we discussed our dream of sailing around Europe many times. But, as these things tend to do, the dream got bigger and bigger, and before we knew it, we were seriously considering doing a circumnavigation. We are both very adventurous spirits, and we both love travelling and exploring different cultures. Plus the challenge appealed to us.

Our big decision-making moment came when we bought our current boat 3 years ago. We wanted to upgrade to something bigger and more comfortable than our 32 foot yacht, but the type of boat we were looking to buy depended entirely on what we were going to do with her. In the end, we bought the best (not biggest- two different things!) boat we could afford, which was a 40 foot yacht with a lifting keel, a large aft cabin, and a spacious saloon. It was the perfect size for just two of us, and of very solid build, which meant we could take her anywhere in the world and we’d be safe and comfortable. A lifting keel meant we would be able to go into shallow waters, where other yachts can’t, and also navigate rivers and canals that are inaccessible to many yachts. This was a huge financial investment, and the moment we decided that we really were going to do this!

Oh, I could go on for hours about the planning stage. I’ll try and keep it short though!

There were several stages of planning. The first, and most crucial, was setting ourselves up financially. For us, that meant working hard, making smart investments, and working towards a situation where we could not only afford to do this, but also not have a limit to the length of time we could take. We’ve met people who are taking a sabbatical from work, but will have to return in a couple of years when they run out of money. We didn’t want to be in that position.

The next stage was choosing a boat that would suit our needs. I’ve already touched on this. A huge amount of research went into selecting a yacht, and we came up with a shortlist of 3 or 4 options. We decided to buy new, not second hand, so along we went to the Southampton Boat Show to make our inspections and final decision.

Once our boat was built and we’d taken delivery of it, we had to fit her out with all the equipment we’d need. This was possibly the most difficult stage of planning- and it’s still on-going! The list of items we’ve already bought is huge, but includes: means to generate our own electricity (solar panels, wind generator, hydro generator), a water-maker, new sails, a chart plotter, AIS and radar, a windlass, life-raft, man overboard packs, an emergency radio beacon, satellite phone, satellite tracker, SSB radio, WiFi router, WiFi booster, self-steering device called a hydrovane, a dinghy, outboard motor, stern anchor, fishing gear- not to mention the ‘home comforts’ we’ve included, such as a flat screen TV and BlueRay player, an SLR camera, a new marine mattress for our bed to make it super comfortable, fans in the cabins, a coffee machine. And then, all the things we’ve brought from home: clothes, bedding, crockery, cutlery, kettle, laptops and tablets, books, etc. And of course, all our charts, pilot books, and sailing guides.

How did your families and friends take it when you revealed your travel plans?

There was a variety of reactions. Most of our friends were hugely excited and supportive, especially those with whom we’ve sailed over the years. One or two friends began to regularly bring to our attention horror stories they’d heard about sailors being attacked at gunpoint, or their boat sinking mid- Atlantic, or whatever. Whether that was the result of true concern, or just envy, I don’t know. Our families were mostly concerned about the safety aspect of what we’re doing, but once they were satisfied in that regard, they also shared our excitement- and started planning their own holidays to meet up with us somewhere exotic!

You’ve been sailing for a few months, what have you learned about yourself? Each other? The world?

We’ve learned a lot about trusting our instincts! We had many moments of doubt before setting off- were we really doing the right thing? What if we hated it? But 4 months in, we know we made the right decision. We’ve learned a lot about each other and our relationship. The most important thing we’ve learned is to be patient with each other, and also to do our own ‘thing’ and maintain our own separate hobbies. I think the most heartening thing we’ve learned about the tiny part of the world we’ve seen so far, is that people are very very kind and generous, as long as you make the effort to be friendly and communicate in their language.

You have a long way to go still, but what’s the most epic thing you’ve seen/experienced so far?

I think this answer will change month by month as we continue on our journey! But so far, the most epic thing we’ve experienced was our Bay of Biscay crossing: 3 days at sea, with nothing but dolphins and stars for company. However, the most interesting thing about that crossing wasn’t the isolation, but the mental shift we underwent. We had finally left the UK and were underway! After years of waiting and planning, it was finally happening. Our emotions were a tumultuous mix of excitement, anticipation, and nervousness.

What do you miss about being on dry land constantly?

Honestly? Nothing. This boat is so well equipped, that there’s very little we feel we’re missing out on (although Nick does miss a long soak in the bath!). We don’t miss any material thing, but we do miss our families and friends.

How do you keep yourselves entertained…..the PG version please 🙂

We are never ever bored. We have WiFi (usually), thousands of DVD’s, books, as well as hobbies such as painting, drawing, writing, playing the guitar or banjo, yoga, exercise, surfing, stand-up paddlboarding, swimming, and, of course, lying around drinking G&T’s in the sun. However, there’s always- always!- something that needs fixing or adjusting, cleaning or maintaining. Living on a boat is a lot of work, and there’s always a job that needs doing. As I write this, Nick is getting our halyards and bosun’s chair ready, nagging me to get up the mast so I can clean the wind speed indicator which stopped working yesterday!

Does the reality of living on a boat live up to the fantasy?

Absolutely. It’s not always easy- sometimes it’s downright unpleasant or uncomfortable. But that’s what we like. It’s challenging, but hugely rewarding. We love our boat, and we love living on her. We can’t wait to explore the rest of the world and its oceans!

Thinking ahead, where are you most looking forward to visiting?

The Atlantic crossing is something we’ve been looking forward to since leaving the UK. More specifically, completing the Atlantic crossing! Our first sighting of land after 3 weeks at sea is going to be hugely exciting and will mark a monumental achievement. After that, the place I’m most looking forward to visiting is the South Pacific islands. This a well off the beaten track, and we’re hoping it will be a world away from civilisation as we know it.

What advice would you give someone who wants to embark on such an adventure?

Only do it if a) you’re truly passionate about sailing and travelling (it’s too much bloody hassle otherwise!), and b) you’re in a very healthy and loving relationship! Once those two prerequisites are ticked off- get off your ass and just do it!

You heard it folks….just follow your dreams. You can follow them on their blog Rum Sodomy and the Lash.

Until next time peeps, thanks for reading, commenting and following.

A 30-plus Trini girl living in London blogging about her favourite things: lifestyle, travel and fashion.